Posted on August 27, 2018 by SoulandSalsa in MOVIE REVIEWS

CRAZY RICH ASIANS is a laugh out loud romantic comedy with something for everyone (even if you’re not Asian). There’s the romantic love story between  Asian American economics professor Rachel Chu, played by Constance Wu, and her Chinese boyfriend Nick Young (Henry Golding). It features a family dynamic with a very wealthy Chinese family who lives in Singapore, who Rachel had never met and has no idea of the crazy wealth the family has. Then there is a hilarious comic twist to the movie with the family of Rachel’s former college roommate. The entire family is crazy. Her former college roommate Goh Peik Lin, actress Awkawafina, is a Chinese hood chick with money and her dad, played by The Hangover’s Ken Jeong. As the head of the well-off (but not super rich) family, he is a father without a filter; saying anything that comes to his mind without any hesitation or consideration. I would have liked to have seen more of his character because he was one of the best things about the movie. 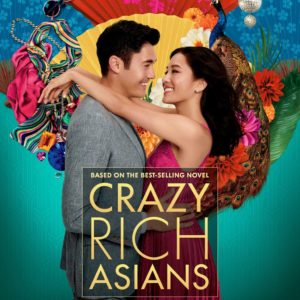 At the start of the movie the couple, who live in New York, decide to go to Singapore for Nick’s best friend’s wedding. When they board an airline in a very luxurious first class section Rachel starts to wonder, just how rich is her boyfriend? He turns out to be extremely wealthy with “old money’ that goes several generations back. His family is considered “royalty” in his homeland of Singapore and Nick is considered to be the most eligible bachelor in the country. When Rachel meets Nick’s female cousins and former girlfriends the hate begins with every female she meets trying to bring her down. There is more pettiness going on between the woman than in an episode of a “Real Housewives” TV show. And then there’s Nick’s mother, Elenor ( Michelle Yeoh). She plays the “dragon lady” of the family and immediately upon meeting Rachel she is as cold as a dead fish and very shortly after meeting her son’s girlfriend tells her that she will never be good enough for her son.

The family throws lavish parties that are just crazy in the amount of money they spend. A few of those parties, including a bachelor party on a barge in international waters and the bachelorette’s party, held on a private tropical island will just make your jaw drop, but that’s part of the fun of the movie.

The movie is based on a best selling novel and it is a tight little story that is well paced and balanced with both humor and romance. I really enjoyed it. CRAZY RICH ASIANS is rated PG-13 and it has a run time of 2 hours. In a summer filled with blockbuster action and sci-fi movies,  it’s a welcome reprieve from all of the explosions and car chases. On my “Hollywood Popcorn Scale” I rate CRAZY RICH ASIANS a LARGE.

Hollywood Hernandez is a syndicated Movie Critic whose reviews can also be found at hollywoodhernandezlive.com 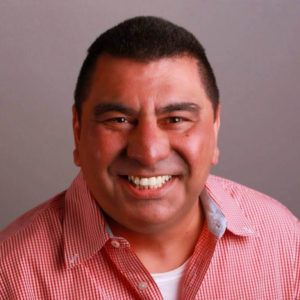