What Culture Could Produce the Next Crazy Rich Asians?

Posted on September 13, 2018 by SoulandSalsa in Current Issue, FILM

What Culture Could Produce The Next Crazy Rich Asians?

CRAZY RICH ASIANS may have seized the label of film of the summer for 2018. Not only was it a delightful romantic comedy with plenty of fun and emotion, but it also represents a turning point in Asian cinema. There isn’t really an easy way to discuss it, because it’s such a shame nothing similar had happened to this point, but the film effectively became one of the first major genre movies to use a full cast of Asian actors and treat them like a regular, diverse set of personalities, rather than token stereotypes.
Because of this, the film has sparked conversations, first about what might be next for countless Asian talents in the film industry, and second about which other cultures or ethnicities could benefit from a similar effort.

When you think about the representation of Indian culture in mainstream film, a 10-year-old film undoubtedly comes to mind. SLUMDOG MILLIONAIRE was a triumph not entirely unlikely CRAZY RICH ASIANS, though it was perhaps viewed even more seriously (and wound up earning eight Oscars). In ways, it did many of the same things CRAZY RICH ASIANS is being praised for. It depicted a romance that people of all cultures or ethnicities could relate to, and it also openly celebrated Indian culture. 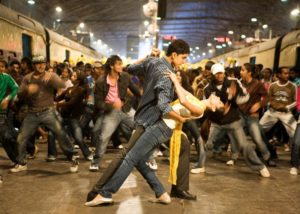 However, it’s fair to say there were still a lot of stereotypes on display, and both stars have had issues with type-casting following the film’s success. More broadly it seems that Hollywood can’t touch on Indian culture without showing images of extreme poverty, which, while important when accurate, is clearly a problem. The film industry could use more content that celebrates Indian culture without putting it in a box.

If you pay much attention to the world of prestige television, you may have noticed that a certain episode of WESTWORLD got a lot of attention this past spring. “Kiksuya” was celebrated not just as a beautiful piece of television, but as a miniature drama unto itself that humanized characters that to that point had been intentionally dehumanized. It showed, within the context of a show that frequently debates issues of free will, human rights, servitude, and more, that characters resembling Native Americans had dreams, aspirations, loves, and losses every bit as deep as those of the other characters. This is a lesson Hollywood would do well to heed. Native Americans in film and on TV are usually shown exclusively as Native Americans – and not as modern human beings.

For whatever reason, Irish people tend to be stigmatized in very particular ways. We know that Guinness and good whisky come from Ireland, for instance, so we imagine them all hanging out in dim, age-old pubs. More recently we’ve come to recognize Ireland for producing some of the top sites in the worldwide casino gaming industry, so we might imagine them playing these games and holding betting slips. And in film, the Irish or Irish-Americans are typically presented as ruffians – somehow, even if indirectly, in line with other stereotypes concerning alcohol consumption and casino play. The most meaningful counter, showing Irish characters in love and acting very much like ordinary individuals, is Once, but this was an indie that’s relatively obscure to mainstream film fans. A larger celebration of the Irish as modern human beings would undoubtedly be appreciated by a huge audience.

Latin American culture could perhaps provide the most direct parallel to CRAZY RICH ASIANS in that it’s really a culture made up of a huge range of people from a huge range of families, backgrounds, and countries. Yet just as mainstream entertainment tends to treat “Asian” as a single concept, the same often applies to Latin Americans. So, while there are plenty of examples of Latin American characters in major films, there have often, if not always been some damaging stereotypes involved.