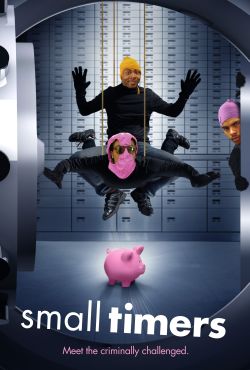 The “Train” is moving to producing

Al “Train” Dias is a man who has learned that life is often a balancing act. The actor and producer has starred in an array of films such as Machete, Spy Kids 4, The Ringer, and the soon to be released Sin City 2, Finding Hope, Silent Red and now his new film Small Timers. 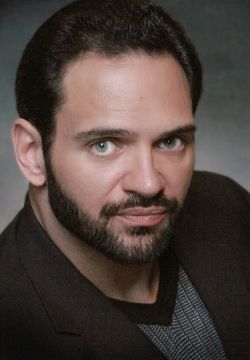 Soul & Salsa: Hi Al! It is a pleasure to sit down with you today for a quick chat.
Al Dias: The pleasure is all mine. Thanks for taking the time for me.
Soul & Salsa: You have been busy lately. As an actor, what do you find most challenging?
Al Dias: Auditioning for different roles is one of the biggest challenges. There is a lot of competition out there fighting for the same part. However, the audition process is what helps perfect the craft and prepares you for the actual jobs you book. This is a business that grooms you for rejection, and you simply may never know why you didn’t get “the part” you thought you had nailed. There are many determining factors, for example, a producer’s view of the role, or a director’s impression. You could have the perfect look, and have a great audition, but your accent doesn’t fit, or whatever. You simply have to go in focused, audition, and then forget about it, and get back to day to day business.

Soul & Salsa: Do you feel you are similar to the characters you portray?
Al Dias: If I answer that question now, it will certainly give away a lot of my personality and how people perceive me to be. I can tell you that I am a family man. The roles I go after, or that I really work on landing, reflect the many points of views and/or experiences that I have actually encountered in real life.
Soul & Salsa: How did you get your start in acting?
Al Dias: My start came through the casting department of Walker Texas Ranger, where I met Liz and Sari Kegley. My big screen debut came in 2005 in the Ringer – starring Johnny Knoxville and Katherine Heigl, as well as the legend Brian Cox. I have been blessed with many opportunities to audition for many parts/roles over the past few years, thanks to a great agency – Linda McAlister Talent.
Soul & Salsa: Of all the roles you have which one is your is your favorite?
Al Dias: My favorite role to date is “India” a hit man in a short we just completed entitled “Cowboy and India”
Soul & Salsa: What type of roles are you looking to explore in the future?
Al Dias: I am looking to expand my character range to include another side of me that even people who know me in real life don’t get to see. My children get to see the clown in me, but I would like to show the different sides of my character through different projects. Or even, a project that will touch on the different emotions of a serious businessman during the day and fun loving family man by night.
Soul & Salsa: Who did you watch growing up and who are some of the actors you would like
meet/work with?
Al Dias: I never really watched television much, after my younger years. I have always been very active. As a youth, I enjoyed Mork & Mindy, and Laverne & Shirley. (I actually had an opportunity to work with Eddie Mekka who played Carmine – the Big Ragu). I also enjoyed Star Trek, the Carol Burnett Show, the Beverly Hillbillies, Andy Griffith, the Benny Hill Show, Happy Days, Leave it to Beaver, the Dukes of Hazard, CHIPS, and a lot of cartoons. As I got older, I became more interested in movies. The list is to long to mention, but as far as people I would like to work with the list includes: Samuel Jackson, Will Smith, John Travolta, Sylvester Stallone, Robert DeNiro, Andy Garcia, Denzel Washington, Matt Damon, Terrence Howard, Leonardo DiCaprio, and many more. I also had a chance to meet Al Pacino while filming Any Given Sunday at Texas Stadium. Now, my goal is to have a supporting role with him.

Soul & Salsa: What other project are you working on, i.e. charities, businesses, etc?
Al Dias:I currently have a obtained the Life Rights to an old Las Vegas Tailor that was a man of many services during the old Las Vegas throughout the 60′ and 70’s. Aj “The Tailor” Pratt of Aj’s Original Fashions survived an adventurous and dangerous lifestyle of which included a series of life threatening moments as he navigated his way through. He became the go to guy, a purveyor of garments and drugs, and assisted many including Stars of the Past, The Mob, Politicians and the Cartel, with discovering their positive self image and made them all look good. Simply a story of how the American Dream is accomplished and is put all the line to go “All In” Las Vegas style and is left with two bullet holes and two bags of silver. The web site is www.TheTailorMovie.com

As for Charities I really enjoy supporting the Night of the Superstars of which puts children who are faced with many health challenges, disorders, handicaps and life threatening diseases. The event has celebrities escorting these Superstar children down the red carpet where the actual children are the Superstars and the focus of the event. The Founder Greg Johnson has done an amazing job providing hope and inspiration for these children and I plan to continue supporting his efforts. I also participated on the Drew Pearson Talk Show for a Make A Wish Foundation Fund Raiser and hope to continue to be a part of many other great events.

Soul & Salsa: What are some of your hobbies?
Al Dias: I like a lot of outdoor activities, like: boating, golf, swimming, range shooting, hiking, cycling, tennis, working out at the gym and throwing a football around.
Soul & Salsa: You are quite buff. How do you stay in shape?
Al Dias: I’ve been working on getting back into shape for a few years now. My eating habits and commitment to looking good and feeling better is what keeps me motivated. Guidance from fitness
guru, Gary Kaposta (and other trainers I interact with). I workout at least four times aweek, and I am always experimenting with different workout routines. I like a challenge and simply like to feel good.
Soul & Salsa: Is it hard to maintain?
Al Dias: Its not hard to maintain when you make staying in shape part of your daily routine. A little discipline with your eating habits can change your life along with a commitment to some type of regular workout, and regular supplementation, if any. I have made up my mind to stay focused. I only allow myself one indulgence a week.
Soul & Salsa: Switching gears, you have traveled all over the world. What is your favorite city?
Restaurant?
Al Dias: My favorite city is New York, although I do like South Beach. The most unique city I’ve actually lived in was Keflavik, Iceland, but my favorite restaurant, I would have to say is Al Beirnat’s in Dallas.
Soul & Salsa: What kind of music do you like to listen to at the end of a hard day?
Al Dias: Well during the day, I switch between classic rock, oldies, and hip hop. During workouts, I like to listen to up tempo dance and hardcore rap that has a bouncing beat to keep me motivated. At the end of the day, I simply listen to classical music and opera.
Soul & Salsa: Having been in the business for a while, what advice would you give an aspiring
actor?
Al Dias: You pursue a career in this business because you love it. You simply have to move ahead,full speed, and maintain your integrity. Do not be fooled by what you may perceive, this is a job and a business unlike any other. It comes with great sacrifices and great rewards. You have to be able to adapt to accepting rejection, because one minute you’re hot, and the next you’re not. You need to find a mentor (an acting coach,. perhaps) who has been in the business for a number of years to help guide you through the process.
As far as the future,  the feature film “Small Timers” that I Executive Produced and played one of the supporting roles as hit man “Sykes” is finally completed and awaits its National Release date, of which will be shortly, as we await the release schedule. See the official trailer:
http://www.indicanpictures.com/films/comedy/small-timers/
It looks like “The Train” is well on his way to continued success.