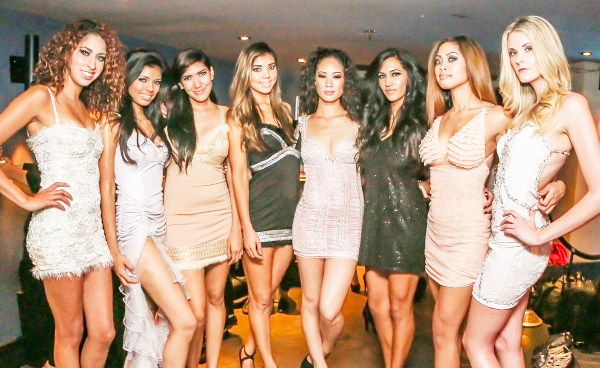 “Anerrick Model Management creates a New Trend on the Runway”

AMG is a production, management, and media group that was conceived from the awareness that, when it comes to exotic looking models of color, and other more curvier women, there is a need that is not being met. A fashion industry that once only hired size 0, 5’8 Models are now trending forward with the help of AMG to cater that new market.

Wouldn’t you agree that it’s high time that the fashion industry embraces more diversity, and include curvier and or full figured women, as well as more models of color to represent the entire female population? Derrick Hutchinson, founder and CEO of Anerrick Management Group, or AMG, appears to be poised to help with the transition. AMG is there to work with those who are trying to negotiate the sometimes uncompromising demands of the fashion industry. “We are a full service company with four divisions: Model management, Casting, Production and Video/Photography that specialize in up and coming models and artist development. Think of us as your personal entertainment business concierge. Very rarely do you see that combination all in one company,” says Mr. Hutchinson who aims to fill the void. 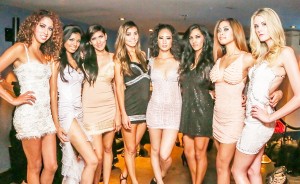 AMG comes equipped with accountants, lawyers and other entertainment experts who have worked in the industry, with connections in virtually every aspect of the fashion and entertainment industry. According to Mr. Hutchinson, the process is very simple. Once a meeting is scheduled with a model artist or designer, AMG explains what they can do to help them realize their vision. Once it is determined that there is a way that they can build a mutually beneficial working relationship, an agreement is signed, and they start to help them build a career. “The way the company is structured, we can sign you, manage your career, help build and circulate your portfolio, compile a reel and epk/media kit, cast you for jobs, and/or simply put you in one of our own fashion productions,” Mr. Hutchinson explains.

There is no question that more models of color are gracing the catwalks and runways, as well as Websites, advertising and fashion magazine covers. Diversity is slowly making it’s way into the fashion industry. For example, New York Fashion Week Spring/Summer 2013 women’s wear collections wrapped its 143 shows with the most racially diverse live presentation for the second season in a row. During the eight day event, 10.1% of the model casting went to Asians models, 8.1% to Black models, 1.9% to non-white Latina models, and 0.5% to models of other races, with white models comprising less than 80%, versus 87% in the 2008 season. According to published reports, only one-third of all NYFW model casting went to non-white models in 2007.

Many attribute the higher visibility of models of color in NYFW to the questionable belief that the brighter colors for spring and summer were more fitting for darker skinned hues. This would appear to be good news, because increased casting fosters more opportunities for other models of colors. However, despite the seemingly positive trend, eight design houses participating in NYFW 2013 stuck to the traditional casting of all white models. Those included: the Olsen Twins’ Elizabeth and James and The Row, Calvin Klein, MM6 Maison Martini Margiela, See by Chloe, Brood, and Louise Goldin, comprising 6% of all shows. The more diverse design houses were: Phillip Lim, Boy by Band of Outsiders, Jason Wu, Ralph Lauren, Jen Kao, Oscar de la Renta, Betsey Johnson, and the emerging high-end brand Edun. The exclusion of models of colors, and other more curvy, or full figure models, seems to suggest that the conversation on racial diversity, and differing body types in fashion as a whole, is large and complex.

One fashion insider revealed that most clients prefer models they refer to as “girl next door”, “beach bunny”, “aspirational,” “fairy,” or “a girl with long hair,” which appears to be coded synonyms for having white skin. Another fashion booker added that race and skin are major factors on whether a model is booked for a show or not. The most notable models of color, Tyra Banks, Iman, and Naomi Campbell, no longer walk the runways, and there seems to be a real hesitation on the part of many design houses to feature real diversity in their fashion presentations.

Back in 2008, supermodel, and featured Victoria Secrets model Naomi Campbell told one source, “There is a lack of women of color in the fashion industry this issue needs to be addressed”. It is important for agents, managers, advertisers and designers who are promoting change to speak out. We are not here to complain. We need to find solutions.” To be fair, Victoria Secrets has featured many models of color in the past, including: Liya Kebede, Oluchi Onweagba, Selita Ebanks, Sessilee Lopez, Lais Ribeiro, Ajuma Nasenyana, and Arlenis Sosa, just to name a few, but the fashion brand sometimes appear to be insensitive in their depiction on how they choose to use models of color.

In the case of a 2010 Victoria Secrets CBS television broadcast, “A Night of a Thousand Fantasies,” six different themes were featured, such as: heavenly bodies, pink, country girls, game on, tough love, and “wild things.” The show opened with white and light skinned models. Darker skinned models were sprinkled throughout. However, during the “Wild Things” presentation, models of color were featured prominently, repellent with tribal body paint engaging in what appeared to be an indigenous dance. A discerning eye might accuse the multibillion fashion house of stereotyping, as well as reinforcing racist idea that non-European cultures are abnormal, odd, wild, and exotic. Nevertheless, it appears that more diversity and awareness could benefit everyone in an industry that thrives on, and even prides itself, on the ability to quickly adapt to the frequently changing fashion trends. That is where Mr. Hutchinson and AMG comes in.

One of Hutchinson’s more recent fashion productions, at Busby’s on Wilshire Boulevard in Los Angeles, entitled “Fashion on the Real,” was just one example of his many successful productions. The event featured designs by Bipolar Gear and several other successful L.A. based designers. Curvy designer Purple Diva, Evening gown designer Shekar Rahate and Italian suite guru Tutto Italy Designs have also graced Fashion On The Real shows for LA Fashion Week. “Although we do may shows during the year, It was amazing to me, because last year was our first official Fashion On The Real event during LA Fashion Week. Normally during fashion week I work with Fashion Minga and other large productions, so it was really exciting to have our own show last year and this year as well. For those in the know, we call it “Fashion on the Real,” because we present Real models, Real designers and Real media, Buyer and guest who go to many shows know how important that is.” Mr. Hutchinson adds.

In His Own Words

Soul and Salsa: Do you think the fashion industry appreciates real diversity?

Hutchinson: We are still struggling in that area, not only with color or race, but also with size. Designers are still very hesitant to take a chance on slightly larger framed models, or to have too many models of a particular ethnicity in one show. That makes it difficult to be diverse. If we, as designers and fashion producers are told to limit how many of a certain type of model to cast. Lately we are starting to see shows prefaced with titles like “urban,” or “plus size,” etc. These types of shows are happening because the industry is still so restrictive and the only way to get your project scene is to come up with your own show. The problem is, this create separation not integration. The ironic thing is that these “prefaced” shows are the majority what the U.S. population really looks like.

Soul and Salsa: How many models did you book during LA Fashion Week?

Hutchinson: We booked five shows in 10 days with over 40 models. We also produced, and designed the sets, shot video and photography for others. Our video team shot them all, and we are now editing in post-production.

Soul and Salsa: Which live presentations were the most exciting and/or rewarding?

Hutchinson: Whenever someone calls me to work on a project, I feel blessed and rewarded. Therefore, I think all of them were great. However, “Fashion Minga” is the most exciting show I have ever worked on. They have been producing this event for the past five years, I have been with them from the start and it appears that they are incapable of putting on a bad show. The most rewarding would have to be the “International Fashion Supermodel Search.” One of our models, Vanessa Moneski, won the competition and will heading to China as part of her prize.

Soul and Salsa: Are there any new projects that you are working on in the upcoming months?

Hutchinson: We hope to be working with Mr. Parris Harris (mega fashion show coordinator in L.A.) on his annual Christmas charity show called “Fashion Aid.” We have worked with Parris many times in the past, including this project. It’s fashion show, a toy drive and charity event with the proceeds benefiting abused children in the Los Angeles area. We even feature aspiring models from a local battered children’s shelter in the show. We have work with a few other charities in the past including the Red Cross for tsunami relief, and Susan G Komen for the cure. I really love being able to help by giving back to the others in need. In the coming New Year, we will start focusing on L.A. Fashion Week Spring edition, which will be in March 2013. There may even be an Anerrick / Parris Harris collaboration in the future for LAFW as well.