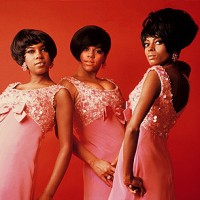 Journalist, producer, civil rights activists, and television personality Edward Vincent Sullivan, born in Harlem, New York in 1901, was the host of the longest running television sketch comedy-variety shows in U.S. history. The Ed Sullivan Show ran for 24 seasons (1068 episodes) from June 20, 1948 until June 6, 1971 every Sunday night. The show was one of the few entertainment shows to have run in the same weekly time slot on the same network for more than two decades. Between 45 million and 50 million viewers tuned-in to the vaudeville-like show each week. The show featured a diverse variety of entertainers such as: opera singers, comedians, pop artists, songwriters, ballet dancers, actors, circus acts, etc. The program was first named “The Talk of the Town.” However, most viewers referred to it as The Ed Sullivan Show because of his average, awkward, and sometime stiff hosting style humanized him. An official name change occurred in 1955. Perhaps one of the most relevant features of the show was Sullivan’s willingness to feature African American performers.

Sullivan presided over many firsts on American television. Among the individuals, or groups who made their first television appearance, or who were relatively unknown until they appeared on his show included: The Rolling Stones, Michael Jackson, James Brown, Lena Horne, Eartha Kitt, Aretha Franklin, Hank Williams Jr., Nat “King” Cole and Ella Fitzgerald just to name a few. Historically, the show broke all of television’s single night’s ratings when a young Elvis Presley appeared on stage swiveling that famous pelvis. Initially, Sullivan was apprehensive of Elvis’ bad boy image and refused to book him. However, Presley became too big to ignore and was scheduled for three performances. Also, the show was where many Americans were first introduced to The Beatles in 1964. Their appearance was one of the most highly watched shows in television history. According to the show’s official website, “Sullivan became a much beloved television personality who the public related to for his everyman qualities and down to early style. Overtime, Ed became a key arbiter of American taste and popular culture.” His tendency to stumble during introductions, or forgot names made him relatable.  For example, The Supremes, who appeared a total of 17 times, were frequent guest. During one introduction, he forgot the group’s name and simply introduced them as “the girls.” Some critics argue that this demonstrated Sullivan’s comfort and familiarity with African Americans. In fact, Sullivan went against the grain of conservative American culture by booking black acts at a time when it was not very popular to do so. 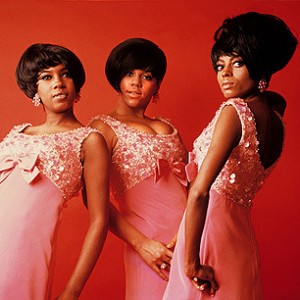 According to biographer Gerald Nachman, most television variety shows welcomed acceptable black superstars like Louis Armstrong, Pearly Bailey and Sammy Davis Jr. However in the early 1950s, long before it was fashionable, Sullivan presented more obscure black entertainers he had enjoyed in Harlem. Legends like Peg Leg Bates, Pigmeat Markham and Tim Moore were strangers to most white audiences. Sullivan hosted the pioneering appearances by Bo Diddley, who was the first black performer to appear on his stage, as well as inviting The Platters, Jackie Wilson, and Fats Domino to perform live.  Pop culture critic John Leonard states, “There wasn’t an important black artist who didn’t appear on Ed’s show.” Sullivan fully embraced African American performers, and introduced white viewers to black performers who probably had no black neighbors or friends into their homes.

This was happening during a time of entrenched racism and segregation. Because of Sullivan’s defiant and rebellious nature, the show was often challenged by some white sponsors and advertisers, as well as segregationists. Sullivan resisted the criticism from many in the South, as well as other parts of the country, who believed that blacks should not appear freely on American television. Southern advertisers even threatened to pull their sponsorships when Sullivan kissed Pearl Baily on the cheek, and when he shook hands with Nat King Cole. Every time he refused to back down. Subsequently, Bo Diddley was the first African American performer to appear on the popular program. Sullivan injected difference into the American cultural narrative of entertainment by introducing viewers to acts he thought were interesting, brilliant, or important  – defying pressure to exclude black performers, interacting with the freely.   Once, Sullivan had a Ford executive thrown out of the theater when he suggested that he stop booking so many African American performers. Another executive argued, “We realize that you got to have niggers on your show, but do you have to put your arm around Bill “Bojangles” Robinson.” Sullivan had to be physically restrained from beating the man to a pulp, according to legend. His willingness to buck the system served him well.

Sullivan’s willingness to take risk on black performers dramatically changed the way American audiences understood issues on race and race relations. According to pop culture critic Maurice Berger, “By showing black and white performers interacting as equals, and bringing these entertainers into the homes of millions of Americans on a weekly bases, the program, as well as Sullivan himself, set an example of racial acceptance and integration, not just for the entertainment industry, but for the nation at large.” The show also advanced the cause of civil rights by enfranchising African American performers. In large part, television and the media played an important role during the Civil Rights Movement, and Sullivan played a vital role by going against the system. The Ed Sullivan Show granted extraordinary visibility to black performers who were often invisible in mainstream popular culture. In fact, the show was indirectly promoting the movement from the very beginning in 1948, even before the Montgomery Bus Boycott led by Martin Luther King Jr. in 1955. Sullivan often booked African American artist from Motown – introducing nearly all of the labels performers such as: Gladys Knight and the Pips, The Four Tops, Smokey Robinson and the Miracles, The Temptations, and The Jackson 5 among many others. This allowed Motown to become a national institution, as well as one of the major record labels of all times. Ed Sullivan was truly a host that thrived on providing American households with quality entertainment, and the show was more focused on the featured guests – not shameless self-promotion that can sometimes be found on television currently.

Unlike the polished hosts of today’s broadcast television shows like The Voice, or American Idol, Sullivan used his clunky image to enhance and enlighten the American viewing audience by featuring a dynamic group of interesting and unique performers. The genius of The Ed Sullivan Show was not so much the host, but the diverse acts that helped to entertain the American public every Sunday night for 24 years. The show transcended class distinctions, embracing and accommodated all generations. Sullivan’s eclectic taste and tireless efforts to make his show more inclusive made him as a household name. His unflinching determination in the face of adversity helped to promote the cause of civil rights, and at the same time by exposed white audiences, and others, to African American culture and entertainment. Nachman believes that Sullivan’s major legacy goes almost unmentioned now. His trailblazing efforts to bring black artists to television at a time when it was unusual to see a black face, other than an athlete, on a major mainstream prime time show. He regularly and matter-of-factly presented black acts he had seen at the Harlem clubs, where as a journalist, he routinely covered on his Broadway beat. If a performer appeared on his show, audiences generally figured that they must be significant. One nod from Ed Sullivan could make you a star overnight.