September 2, 2016 Off By SoulandSalsa
“The Husband and Wife Charitable Team behind PESC” By Robert Wilson Pat and Emmitt Smith 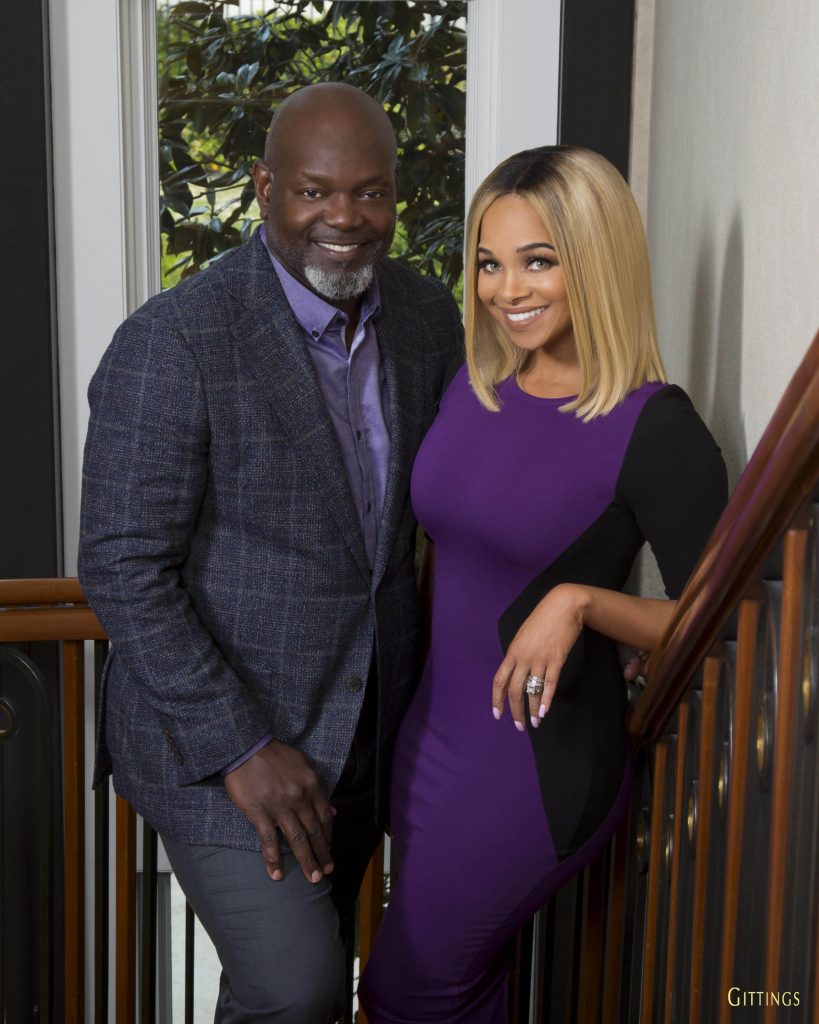 have a combined heart of compassion for others.  Through their charity, Pat and Emmitt Smith Charities (PESC), they are making a huge difference in the lives of underserved children in the local community and beyond. According to Emmitt Smith, PESC began back in Florida, and served as support underserved children in the area through scholarships. “When I got married, having a charity name Emmitt Smith Charities did not seem necessary lay appropriate. So, we changed the name to PESC to represent the both of us, as well as our hearts. We had people that came into our lives and open our eyes to new possibilities on what charities like PESC could accomplish,” explains Smith. As most know, Emmitt Smith is the former professional football icon who was a cornerstone offensive player for the Dallas Cowboys for 13 seasons. The eight-time Pro-Bowler was the first player in NFL history to rush for more than 1000 yards, and surpassed Walter Payton as the NFL's all-time leading rusher. Smith is now transitioning into a businessman/entrepreneur with several companies under the Emmitt Smith Enterprises umbrella.  The Smiths and PESC's new possibility came in the form of a cycling event. On Saturday, September 17, PESC will launch its inaugural cycling event, the Emmitt Smith Gran Fondo at the Rough Riders Stadium in Frisco, Texas.  The premier mulit-course event is designed for anyone from the professional to the casual or weekend rider. Some of the scheduled activities include a 100 mile timed race with a cash purse. The event also features: a 45-mile course, as well as a 28-mile course. After the cycling festivities, a post-race party with a beer garden, live entertainment, family activities, and an award ceremony round out the day’s events. Smith got the idea for sponsoring the cycling event through his association with some of the partners at E. Smith Realty Partners – a national commercial real estate equity. Smith start in real estate came from investing in the Roger Stauback commercial real estate company. An investment in Walgreen’s began his in-depth inquiry into the ins and outs of the real estate business. Staubach steered Smith in the direction of real estate development, and taught him all he needed to know in order to start his own company. Smith wants to build a brand whose vision is to provide a full service minority owned development and Construction Company whose were fully capable of competing with the best. Smith explains, “We are doing something that has never been done before in this minority space. My goal is to become a leader and prove that there are well-qualified minority firms capable of doing the work.” But how did Smith go from real estate/construction to cycling one might be wondering “I have a number of brokers who are avid cyclist. They encouraged me to get a bike and start riding – which I did and quickly realized that cycling was a great way for me to burn calories and exercise. With cycling, I’m not sore the next day like I would if I were running on concrete, or doing all the other things I use to do.  Riding seems to be the best thing f

or me mentally and physically right now,” he says. Smith has previously participated in the Collins County Classic and the Tour de Cure – cycling events that have drawn approximately 2500 to 3000 people in attendance. Smith argues that is a huge amount of people to touch, from a charitable standpoint. He hope is to mirror their success with the Gran Fondo. If other fundraisers with his involvement are any indication, like the Emmitt Smith Celebrity Invitational Golf Tournament (held each spring), it will be a monumental success. “I want to merge what we do in with the spring’s golf tournament, which has grown to capacity, with the cycling event this fall. The anticipated success will give us more of an opportunity to bring more exposure and engagement between our sponsors and a larger audience,” Smiths says.  Want to know how you too can get involved with these exciting charitable events and/or PESC? Smith explains how simple it is to offer your support. “People can get involved in a number of ways.  Rather than donating money to attend some of our events, people can volunteer at many of the activities that we execute. PESC also has a mentoring program called the Team 22 Kids. You can get involved by retweeting or sharing our messaging on Facebook, Twitter and other social media, to spread the word to your friends on what we are doing.” Visit emmittsmith.com for more information.

Kevin Smith “The Art of Winning”