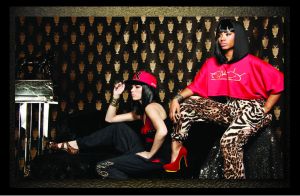 FLAUCY CEO Nate Willis is building an empire of FLAUCY Brands from “FLAUCY FIT$, FLAUCY QUEENS and his innovative Black Onyx collection” Willis hit the MAGIC Marketplace in Las Vegas with his new brand featuring Egyptian inspired prints by partnering with Parisian duo, the Sachika Twins with a chic look of edgy styles FLAUCY QUEENS which left crowds captivated. Coming from a background as a veteran in footwear with FUBU, Reebok, Sean John and Pastry he took that knowledge of apparel and started FLAUCY and discusses his concept, inspiration and future projects of his luxury street-wear brand.

What inspired you to go from footwear to apparel?

Natural segue, both compliment each other. Creative when it comes to image as a whole. It was organic to blend the two together. Natural transition. Always inspired by footwear through apparel and vice versa. Never left footwear, plan on developing footwear for spring of next year. Take over both.

Tell us about Black Onyx?

Story needed a name for a clothing line inspired by black people, black artwork, and black culture. Nothing more black than black onyx. Seen as not positive so

Oxymoronic: Black (dark) Onyx: (Commodity, something everyone wants, beauty) Shed the beauty of the black culture.

Onyx: At the time he was being inspired, no name but he was sketching and trying to develop the idea. Inspired by his dog, black lab. Always worked at it but he never filtered.

What makes FLAUCY unique and original?

Inspired by culture, not inspired by one person or specific group of people. Universal, can be worn and appreciated by anyone. Rather than being categorized under a genre, we merge all cultures into one piece linked to anyone. Meaning, purpose, to uphold a new standard for fashion

Which outfit is your favorite on women?

My favorite outfit for women is the Lace Back Jordan crew neck because it has all the qualities a woman would want. Comfort, casual feel with a feminine twist. Girls can wear sneakers or heels so this piece is the epitome of what today’s woman is. Named after my daughter.

Is there any significance of the colors you use for FLAUCY?

Significance, because its culturally based, colors used for

Olympic as an example: International color palette. Loves black highlighted with gold, very royal. Used as base colors. Represents other countries, cultures, races, etc. Inspired by trending and forecasting colors but the basis of the clothing consists of Black and Gold.

What is the goal of FLAUCY?

To be a staple brand in the international market.

Tell us about the concept of the FLAUCY QUEEN brand?

Flaucy Queens motto is, “Every girl was born to be a Queen.” Flaucy Queen’s was made for the girl who can’t be categorized. A Flaucy Queen sets her own trends and is versatile in every aspect of the word.

What are the sizes of the brand?

What inspired you to use Egyptian symbols?

I noticed that there was a lot of Greek, Roman, and mythological references in fashion and little to no association Egyptian culture in fashion despite how beautiful their artwork is. I saw a gap in the industry and wanted to fill it. 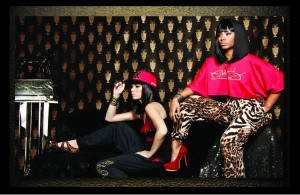 What have you learned from Egyptians while doing your research?

I learned that they were ahead of their time because they were some of the first people to ever use math, astrology (something bigger than earth), the sculptures, pyramids, architecture, etc. They’re history is deeper than what any history book would shed light on.

How hard was it to keep manufacturing in Los Angeles?

It’s not. I’m from L.A, born and raised. I have lots of connections and it was natural for me to start and grow in the city that I’m from. It’s tempting not to produce outside of the country due to pricing but its beneficial because we make the dead lines.

What are the future projects for FLAUCY?

We’re about to begin producing footwear and accessories. In Spring 2013, Flaucy will be the flagship brand doing collaborations with a few celebrities and entertainers.

If you could name two celebrities that you want to be the Face of FLAUCY; who would they be and why?

Well, I’m sure you will get your wish. Check out the FLAUCY store at www.flaucy.com