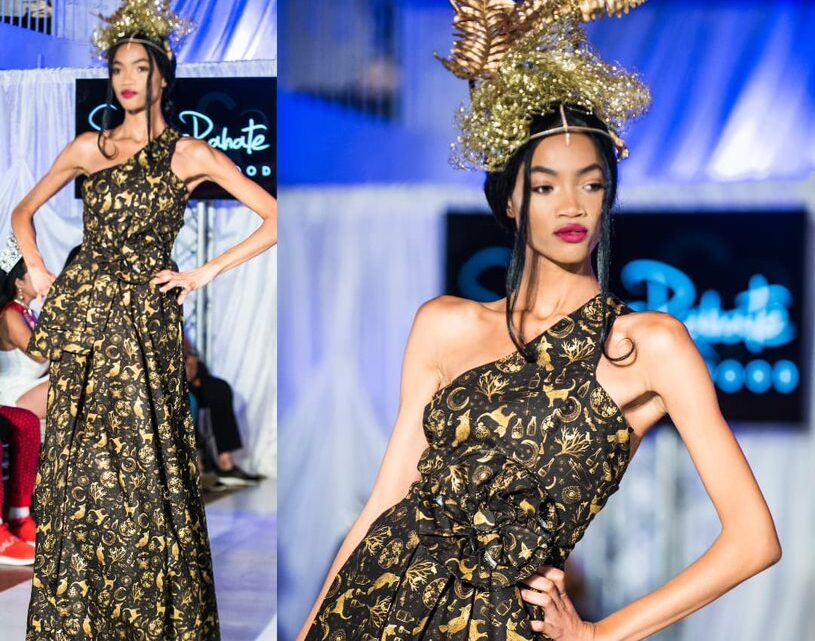 Derrick Hutchinson is no stranger to hard work. He has the kind of work ethic that accompanies decades of experience in the world of fashion and entertainment; his determination is so great that when he got tired of having to outsource his talent, he invested $30,000 in a business model that would require all of his efforts to be in house from the videography to the model management. This vision morphed what was once a computer company into three lucrative entertainment brands: Anerrick Management which manages a wide range of entertainers, including models and singers. Anerrick Productions, the masterminds behind some of your favorite fashion shows in the L.A., and Media Extreme Team, a team of eight photographers and four videographers that will serve up everything from captivating stills to celebrity red carpet coverage.

Anerrick Management is booked and busy, dividing its time between booking talent for upcoming L.A. fashion shows and events to expanding the Anerrick family with fresh, new talent. The current Annerick Management network is full of diverse faces, including multicultural talents like Puerto Rican model Suheil Laelani Lopez. At Anerrick Management, beauty really is everywhere; the management team goes out of their way to make sure they represent every standard of beauty: short, statuesque, mature, voluptuous, and bi-racial. Their bi-annual event, Glamour & Style, showcases this and more.

Glamour & Style is a bi-annual event whose purpose is to “put the word Fashion back in Fashion Shows.” In addition to its stunning shows and celebrity guests, Glamour & Style gives back to the community through toy drives and donating to charities such as the L.A. Mission, a west coast organization dedicated to helping the homeless.

In March, the show was hosted virtually for the first time and aired on Roku and Amazon Fire T.V.’s Jemptv the following month so fans could watch L.A.’s top couture designers grace the runway right from the comforts of their own homes.

On October 27th, they hosted their final event of 2021 for L.A.’s fashion week at the captivating Don Quixote; the red carpet was graced by legendary acts such as Ola Ray and Black Chyna, who walked the runway in Sir Joe Exclusive’s line The Sir Joe Exclusive Collection. Glamour & Style guests were treated to a wide range of talent in luxury streetwear, from the risque and stylish to the avant-garde. Its runways were decorated by the Fall and Winter looks of L.A. brands like House of Syville Couture and E.G.O. Their designs included fetching evening wear, inventive handbags, sexy streetwear, and a fashionable kids line.

Recently, Derrick Hutchinson took time from his bustling schedule to give Soul and Salsa a glimpse into the world of Anerrick Management and share his take on the ever-growing world of the fashion industry.

SoulandSalsa-What separates your show from the others in LA?

DH: Everything I do is strategically planned. I fill the seats with fashion people only because I know that designers want buyers. I recently sent my crew to Vegas and I told them to recruit people by any means (what happens in Vegas stays in Vegas [laughs]).

Other shows use models to fill seats and so most of the guests are friends and family members and the show becomes more of a recital so by the time the designer walks out, most of the guests have left because they were only there to see their kid walk the runway. My seats are filled with mall owners, boutique owners, textile owners, magazine owners, TV people, producers, celebrities, people who are interested in buying.

SoulandSalsa-Which designer do you think will be the next big thing?

DH: Oh you’re trying to get me in trouble [laughs]. I will say this, there were a few up and coming designers in my last runway show that are very promising. The fashion industry was getting dull. There were people in it for the reward and not the work but there were a couple on the runway that stood out–true artists that think outside the box that [i think] could really move some units.

SoulandSalsa-Do you remember your first ever fashion show? Who was featured?

SoulandSalsa-Who’s your favorite model to work with?

DH: Sheba [M.]-I love her! We try to use her every time we do a show. Her traveling mate, his name is Doc, he’s amazing. These two people, if they can get ‘em, we get ‘em.

DH: It’s more of a show than it is the models and designers, I would love to work with a show. I would love to work with Art Heart [Art Hearts Fashion]. Only because they pretty much set the bar for everybody else as far as shows are concerned. You compare yourself to Art Heart, if your show is as good as theirs you feel like you did a good thing. They’ve got a huge budget and that makes all the difference in the world. The producer of Art Heart is actually my ex assistant. The student has literally become the teacher.

Despite an impressive portfolio that includes partnering with some of the biggest names in entertainment (T.M.Z., the Hollywood Global Film Festival, and eZWay network, to name a few), Derrick is not in it for fame. He’s one of the rare Hollywood gems that promotes fashion for the sake of the art, and his company Anerrick Management reverberates that message. When the company isn’t putting on stellar star-studded showcases, they can be seen posting ads for free modeling classes on their I.G. stories for anyone with the drive and willingness to learn.

Fans will have to wait until 2022 for the next “Glamour & Style” event. In the meantime, you can catch Annerick Management, Anerrick Productions, and The Media Extreme team hosting local entertainment events and capturing flicks of some of your favorite celebs throughout the L.A. area. Follow the journey of L.A.’s most diverse fashion show via Instagram @glamourandstyleofficial and catch exclusive behind the scenes footage from some of L.A’s hottest events @anerrickmanagement.