Music, Culture and Fashion was seen on Soul Train

Posted on August 4, 2012 by SoulandSalsa in Music

Before MTV there was “Soul Train” 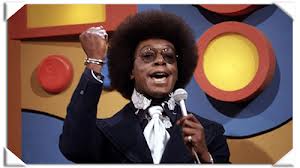 Before MTV, or BET, there was Soul Train, a Saturday afternoon television music program that has been credited with helping to promote black music across the globe.Created and founded by the legendary Don Cornelius, Soul Train provided weekday afternoon entertainment to children and young adults in Chicago, beginning in the late 60s early 1970s, and subsequently broadcast on Saturday afternoons nationally. Soul Train music program featured some of the best performances of American soul music (R&B, hip hop, funk, jazz, gospel, disco, etc.) for over 35 years. Artists like the Jackson 5, the Emotions, Marvin Gaye, Aretha Franklin, Barry White, Teena Marie, Shalimar and Al Green, among countless others, were able to reach a wider audience thanks to Mr. Cornelius visionary prowess.

Cornelius got his start as a new reader and back up disc jockey at WVON radio in the Chicago area. The idea for the program was born out of Cornelius’ side job as a music promoter and emcee for a traveling Chicago based high school concert touring series dubbed “The Soul Train.” Chicago area television station, WCIU took notice and gave Cornelius the opportunity to develop the idea into a weekday afternoon television program geared toward young, hip audiences. With a name usually reserved for those persons of high esteem, such as royalty nobles, church hierarchs, or those of social and/or official distinctions, Don Cornelius was a “Don” in every sense of the word.

Will Soul Train continue without its magical force and voice?

“What I remember about Don and what stood out most to me was that he was a gentleman first, last, and always” Aretha Franklin told ABC News in a phone interview shortly after Cornelius’ death. “He had a great sense of humor, beautiful sense of humor.” Smokey Robinson said, via Twitter, “I regret hearing about the loss of Don Cornelius, it’s a moral tragedy. He brought exposure and positive image of black talent.” Former Chic bassist and music producer Nile Rodgers tweeted, “The first time I played Soul Train, and it changed my life! Thank you for creating a funkier more informed world.” Perhaps Quincy Jones stated his opinions most eloquently, when he twitted, “I am shocked and deeply sadden at the sudden passing of my friend, colleague, and business partner, Don Cornelius. Don was a visionary pioneer and a giant in our business. Before MTV, there was Soul Train, that will be the great legacy of Don Cornelius. His contribution to television, music and our culture as a whole will never be matched. My heart goes out to Don’s family and loved ones.”

Although the passing of Don Cornelius may be a tragedy indeed, he has left us with decades of memorable fashion, music, and black American culture including the Soul Train Awards which will be held on November 25, 2012 at Planet Hollywood.