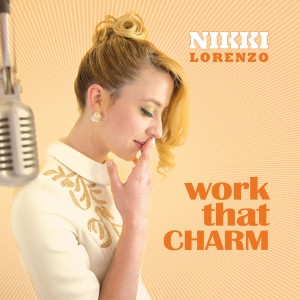 Nikki decided it was time to take her career and passion to the next level by choosing to leave her family (except her mother/manager, Kelly Silva, who remains by her side) and plant herself in Los Angeles, California. The very place that would aid Nikki in blossoming more into the artist she always wanted to become, whilst never losing sight of her Cuban/Spaniard/Italian roots. Nikki performed songs from “Mentally Chaotic” at Whiskey a-go-go, Bardot, The Roxy, House of Blues, Viper Room, AnQi, Rolling Stone and The Mint.

Nikki has recently completed her debut album that is best described as a jazz/soul/pop sound under her independent record label, Gold Records, Inc. The first single off the album, “Work That Charm” can be found anywhere digitally (iTunes, Spotify, CD Baby, Amazon, Shazaam, etc.) with the music video premiering on Christmas (2013) directed by Marc Cleary featuring Rj Mitte (Breaking Bad) and Tristan MacManus (Dancing With the Stars). She continues to take lessons with Stevie Mackey and Valerie Morehouse and is currently preparing for her album release at the end of October 2014. Nikki recently released her 2nd single titled, “Be My Man” and has just finished filming the music video to “Be My Man” with Cameron Jebo (The Silver Power Ranger). Nikki just got chosen to attend The James Franco Sex Scenes Master Class, being instructed by James Franco, who is amazingly talented and an inspiration for some future works.

Nikki Lorenzo sits down with Kim Harris for a one on one:

When did you know you could sing?

-I was always singing, straight out of the womb, however, I suppose I knew there was something worth pursuing when I wrote my first song at eight years old.

Have you always studied it?

-Absolutely. It started with me teaching myself by emulating other artists’ voice and seeing what I can and can’t do with mine. Eventually, I began lessons with multiple vocal coaches, challenging myself with opera and musical theatre before branching out of that and finding my own sound.

You have a sultry pop sound; who were your influences?

-Patsy Cline was definitely the first artist I fell in love with vocally. My mom played her for me when I was really young and told me, “listen to the pain in her voice. She doesn’t just sing, she aches.”

Do you play instruments?

-I can play everything but not very well, haha.

Do you write the songs?  If so; what are they normally about and why?

-Yes I write all of my songs, it’s one of my favorite things to do. They vary from all sorts of themes but mostly I write of love and the lack of it, because that is my life, haha. Honestly, it’s a balance between writing things about empowerment, loss, equality, and making fun of myself. Everything is extremely honest, which is terrifying when sharing it with the world. You often wonder if they understand or you’re curious what they think and then remind yourself: who cares? It doesn’t have to be perfect, I’m more interested in my art being true.

What 3 things do you take to the studio?

-My songbook, favorite pen at the time, and olive oil.

What are your other hobbies?

When you see movies; are there certain time periods that you would love to do the Soundtrack for?

When do you know a song is finished?

-I just feel it. I can’t quite explain it, but my goodness, what a glorious feeling of release and healing it is.

When doing a video for your songs; what do you want to capture most?

-The truth of the story we’re telling.

-I’m releasing a Christmas song this month that Chris Brochu and I worked on together (you’ll be able to find it on iTunes) and my third single “Kissed by You, Killed by You, shortly after. I also have a short film that Aaron Cavette and I are leads in screening in January (2015) under James Franco’s production company. He’s my acting teacher and I’m really excited for people to see this short film we’ve been creating in his class. Other than that, my debut album will also be releasing in the beginning of 2015 and I’ll be posting performance dates on my website!

Check out the sounds of Nikki Lorenzo at