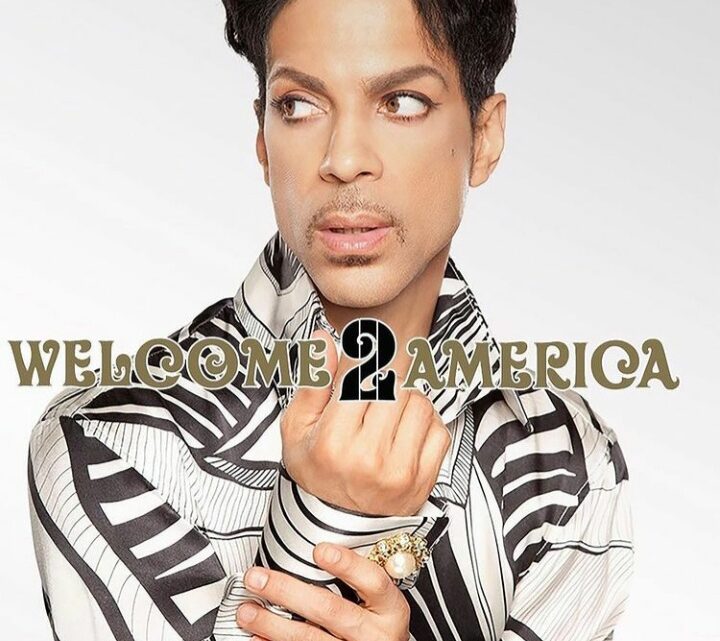 For years, even prior to his death, I have wanted to hear music from Prince’s infamous vault. I’ve heard some of the bootlegs, but I wanted a full complete work that was properly engineered and possibly had a message while dancing my behind off. However, it seemed all hope of that had died along with him on April 21, 2016.

Following Prince’s death, the Prince Estate worked in collaboration with Warner Brothers, his former record label, to deliver some high quality reissues that contained extra songs he had recorded during those periods. First came the Purple Rain Super Deluxe, then Sign ‘O The Times and 1999. There were other releases as well like the 1983 Piano and a Microphone and Originals. While all of these excited me, none of them hit the spot the way the new release Welcome 2 America has.

Prince’s estate released Welcome 2 America in partnership with Sony on July 30. It is the first posthumous album of new music from the late artist. The album was released after much anticipation by fans and music critics who wondered what Prince in 2010 would sound like in 2021.

The reviews for Welcome 2 America have been phenomenal from music critics and fans alike. Over the release’s weekend, the Prince’s estate held a celebration that included a listening party for the album and a viewing of the accompanying 2011 “Welcome 2 America” concert tour that features what you expect from Prince, but also cover jams like “Fantastic Voyage,” “What Have you Done For Me Lately,” and a stirring rendition of India.Arie’s “Brown Skin” sang beautifully by Prince collaborator Shelby J.

On Welcome 2 America, fans will find some songs that sound categorically like Prince –  “1010 (Rin Tin Tin)” with its opening synth and piano riffs and Prince’s trademark falsetto, “When She Comes,” which is as sexy and soulful as “Insatiable” and “Scandalous” from the 1990s. However, there are new sounds that bring one back to the music of Curtis Mayfield, like “Born 2 Die,” and “Running Game (Son of a Slave Master)” which is Prince meets Hip Hop meets the 1970s. These are some of my favorites, but I am a fan of the entire album.

As a listener of Prince since 1982, I have learned that you cannot just listen to the singles. If you want the full experience, you have to listen to the whole album in sequence, because he is trying to get you to expand your mind and to think on a level you did not think possible. It is unfortunate in my Prince musical journey; I have come across some racism in the purple fandom. I do not expect these folks to like this album. Prince really dives into his Black roots here and reminds his fans “I am a Black man and what affects the Black community affects me, too.”

I spoke with former Prince collaborator Jill Jones who worked with Prince on 1999, Purple Rain and so many others, including her own self-titled eponymous album for his label Paisley Park. We spoke about the album on our weekly podcast “State of Things with Aisha and Jill,” a few days before the release. While we both aren’t too crazy about “Hot Summer,” Jill gave this album a chef’s kiss and I the unapologetic Black fist.

Welcome 2 America is Prince recording a full album of historically Black music, something a lot of fans aren’t used to. With this album, he is saying, “I’m a Black man in America and this is what I see and how I see it, in case you forgot.”

Know the whys explaining his shelving of the album will never be known. We can only speculate. Perhaps he thought it would not be well received at a time when he was making a play for pop hit history once again. Perhaps he thought we would need it later, after all, he was always a forward thinking artist. He had been writing about the the trials of Black people throughout his career and knew somehow that we did not need Welcome to America until it now.

After George Floyd, a pandemic, and a number of other inhumane treatments against people of color, this is the album we need. The album is perfect in its message for the now. Perhaps Prince knew that.  Prince’s Welcome 2 America is where truth reigns and music is the rule