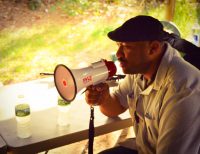 London Williams from promoter to producer

Starting in the entertainment industry over 20 years ago as a theatrical writer and eventually transitioning into international event promoting from comedy shows, to concerts, to festivals London Williams was always the behind the scenes guy with glasses on crunching numbers. Williams eventually started doing artist management by being on the road with the artist since it was natural fit. Now Williams has delved into writing and producing films in New York.

Williams sits down with Kim Harris about his new adventure in film: 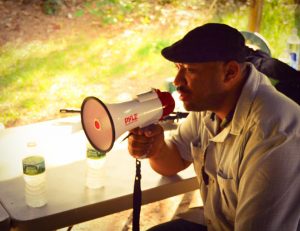 As a concert promoter…how do you think things have changed?

Concert promoting is a multimillion dollar industry. If you cannot afford the tour, don’t overextend yourself.

What 3 things would you tell a new Artist to do now?

Control your publishing and brand.

Can you name a couple of your favorite Artists and why you love their style of music?

Prince, Prince, & Prince, I have all his albums, B-Sides, etc. Great writing and strong business man.

What made you get into film?

I saw a need for strong content programming to make people think and take action.

You’re filming now in New York; how is that city different from Dallas?

What about the fashion…is the fashion in New York amazing or is just for T.V?

Its amazing period! Most of the fashion shows set the pace for the buyer’s ideas the following season.

Have you seen anyone so famous that it baffled you?

I see famous people daily. Most of them are going about their day and do not want to be bothered. Regular people at regular places like coffee shops, donuts shops, grocery stores and fitness facilities.

Tell us about your education with DFA?

I chose DFA because I wanted to be abreast of the new technologies in the film industry. We learned everything from editing, special effects, to directing, and producing.

What kind of programming are you developing?

If someone wants to send in their headshots or try out; what would they need to do?